Getting Published - One Year On 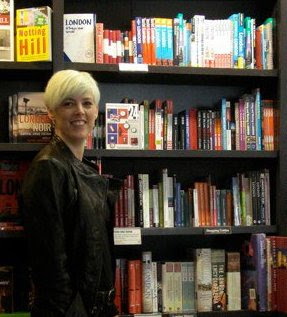 It's a year to the day since my first book, 24 Hours London (published under my real name), hit the bookshops! And wow, what a year it's been! Since then, 24 Hours Paris has also been released, with Sydney on its way -- and, of course, The Hating Game.

Although I've always longed to have my fiction published, the anniversary of 24 Hours London holds a special place in my heart. It was the first sign to everyone that what I was doing wasn't so crazy, after all; that I could get something published. I was on my way.

A lot of great things have happened this past year, but I'd thought I'd share a few. One of the best was being asked to contribute to a London feature The Times was running, then getting a request to take part in a live online Q&A, run by London experts. My internet being what it is (dodgy), I decided to head into The Times to do it in their newsroom. And of course I got lost. Oh the irony. The 'London expert', lost in London.

Another highlight was being interviewed on BBC London by Robert Elms. I was absolutely terrified of messing up -- I even had loads of cheat sheets on late-night London in case I froze -- but it was fun and I don't think too many people noticed the tremor in my voice! 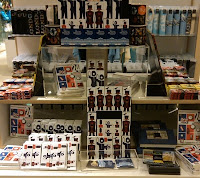 And wow, it was so spectacular when a junior editor at my publishers spotted my book on display at the British Museum! I nearly keeled over with joy.

Of course, signing a contract for The Hating Game and realising that my fiction would finally be published is right up there too.

All in all, it's been quite a year!

Where would you like to be, one year from now?

Email ThisBlogThis!Share to TwitterShare to FacebookShare to Pinterest
Labels: one year on