Hello! My goodness, can you believe it's October?

I've been busy completing my new novel (currently with my agent, eek!), as well as penning a short and sweet story for Christmas. I write novellas/ short stories every year for the festive season, and I really enjoy it!

Here's more about this year's offering: 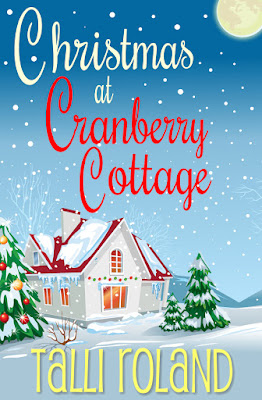 With a whirlwind lifestyle travelling the world, the one thing Jess Millward relies on is Christmas with her gran in cosy Cranberry Cottage. When her grandmother reveals the house is directly in the path of a new high-speed railway, Jess is determined to fight. Can Jess save the cottage from demolition, or will she have no home to come to this Christmas?

You can order your copy here:

Have a great week, everyone!
Posted by Talli Roland at Wednesday, October 07, 2015 4 comments:

Happy Friday! I have been busy drafting, editing, creating a cover, and revising! I can't believe the summer is almost over.

Despite the busy-ness, Mr TR and I (and Toddler TR!) managed to get away for a seaside break to celebrate our anniversary. It was a last-minute idea, and we were lucky enough to find a flat in Hastings, right on the promenade. When you looked out the window from the lounge, all you saw was sea. It truly was idyllic.

Hastings itself is nice, too, although we didn't have much time to explore. Toddler TR is mad about the water and we spent much of our time either playing in the waves, dragging him away from the waves, or trying to convince him the beach was 'now closed'. Ha! We did manage to visit the castle, the aquarium, and take a wander through the Old Town.


All in all, it was a lovely weekend, and the weather was fantastic. If you ever get a chance to visit Hastings, I definitely recommend checking it out.
Posted by Talli Roland at Friday, August 21, 2015 19 comments:

Happy Thursday! Hope everyone is having a lovely week.

As we've recently moved into a new place, I thought I'd give you a little tour of the area. Ealing is a very leafy part of London, and we're lucky to live very close to the Common, a huge green space.


After four months, we are still settling in, but we'll get there!
Posted by Talli Roland at Thursday, August 06, 2015 10 comments:

I've Got the Look

I'm cheating a bit here, because I'm posting a link to a parenting column I've been writing over the past few months. The latest installment is here.

In other news, Toddler TR is down for the count with a fever, so I've watched a lot of Peppa Pig. Like, a lot. I can practically quote each episode word for word!

I had every intention of returning here to post more frequently, but then -- as so often happens -- life interfered.

First of all, shortly after my last post in March, my father died unexpectedly. One day he was out skiing, the next he was in the hospital, and the following week he was no longer with us. I made it home to Canada just in time to see him before he passed away, for which I count myself very lucky.

Then, one day after I returned back to London, we moved house! We are no longer in my beloved Kensington (which, I have to say, I do miss). We're a few tube stops west in Ealing, where we have a house. A HOUSE! Right on the corner of a huge green space! After living in a flat on a very busy street crammed in the middle of central London, I can't tell you how good it feels to look out my window and see trees, and green, and flowers . . . well, you get the point. Not to mention I have my very own writing space back again. Bliss.

So I'm sure you can understand that in the midst of unpacking, settling a very feisty Toddler TR into a new nursery, and trying to work on my books, this blog has -- once again -- taken a back seat. I have thought of all my blog friends often and run into a good many of you on Facebook. But there's something cathartic about posting in a static space, I think, and so I intend to come here more at least once a week.

Wow. Was my last post really in November? Oh, how time flies! I do miss this blog and hopefully, I shall return to write here more regularly. I've been busy writing and toddler-wrangling, and somehow it's become March!

I shall leave my updates for another post, though, because today I am delighted to welcome fellow RNA member Helen Rolfe.

Take it away, Helen!

When I penned my first novel I was in my teens. I wish I’d kept that first attempt if only to look back on to have a good giggle over it. I never dreamt that I’d go on to become a published novelist, and I certainly had a few detours along the way.

I loved English language and English Literature at school and college, so of course, when I went to University I chose to study a Bachelor of Science in Strategic Systems Management! I think I’d made the decision that I should do a degree that would enable me to find a job one day, and for a while my head ruled my heart. In 1996, after the hardest interview I’ve ever endured, I was offered a job on the graduate program with a major insurance company and began my career as a computer programmer.

Seven years later I finally realised that while I was earning a really good living and seeing the world – I’d moved to Australia where I continued to work in I.T. – I was doing a job that I had absolutely no passion for. It was difficult to get out of bed some days with the thought of what lay ahead, and I’m pretty sure I could be heard on the tram in the mornings chanting the mantra, ‘Just think of the money, Helen…just think of the money.’

In 2003 I studied journalism and took the leap into a new career freelancing for magazines. I continued with this until I got married and had children, and after that – when I finally had time to enjoy reading again – the fiction bug bit. I started writing fiction in 2010 and loved every minute of it. I have the classic ‘bottom drawer’ novel of course, which is my first attempt that I thought was amazing until I learned more about the craft of writing. One of the biggest lessons I’ve learnt as a writer is that you never stop learning. 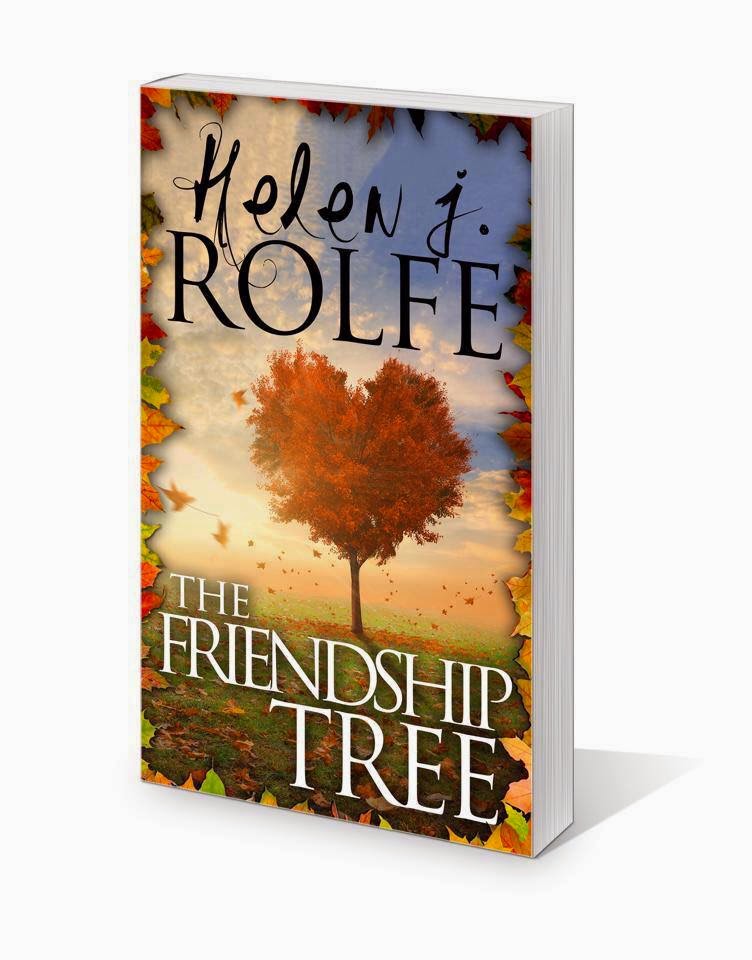 There were plenty of doubts along the way, that a career as an author was the right choice. It’s difficult to keep going when you feel as though you’re drowning in rejections, but in 2014 I was offered my first contract by Crooked Cat Publishing. And now the real work begins…promoting The Friendship Tree, submitting the next novel and writing the one after that.

The Friendship Tree is out now and I’m really excited, and also a little nervous that finally people will get to read what I’ve been working on! It is available via Amazon.

Thank you, Helen! I have read The Friendship Tree and highly recommend it.  Hope everyone in blogland is doing well, and I do hope to be back here soon.
Posted by Talli Roland at Thursday, March 05, 2015 5 comments: