Well, you may (or may not) have noticed I neglected to post last week. The truth is, I had nothing to say. I've been busy writing writing writing, and when you're banging out the first draft, things aren't really that exciting. You put the words down, you move forward inch by inch, and eventually you make it to the end. Not exactly the stuff of a riveting post.

But apart from the daily slog, exciting things are in the works. I had a great conversation with Amazon marketing for the upcoming release of The Pollyanna Plan, and squeeee! It looks like my book will appear as the wake screen on UK Kindle Fires on launch day, apart from lots of other cool stuff. Imagine, I'll be turning on my Kindle Fire to see the cover of my very own book. Less than two weeks to go!

Away from the book world, my tiny little baby (okay, my strapping big toddler) will be starting nursery for a few mornings a week come Monday. While I'm anxious about letting go, I'm also excited at having time to: a. shower; b. eat using two hands; and c. WRITE!  Maybe even start making blog rounds again!

And really, that's all the news in my world. Hope everything is well in your neck of the woods.

The Voices in My Head

Hello from a very soggy Britain! Although today was a brief respite from the lovely (read: not lovely) weather we've been having, apparently we are back to rain and gales tomorrow. Sigh. Well, I didn't come for the weather, that's for sure.

This has been a very busy week! I reviewed the proofs for The No-Kids Club (coming out  in June), worked with match.com UK on creating some Valentine's stories for their Twitter followers, started writing my short story for Belinda Jones's Sunlounger edition, and made it to 35,000 words on the first draft of my new novel. Phew.

As always when I'm writing a first draft, those sneaky little voices pop into my head. Who's going to read this drivel? This is rubbish! So boring! So dull! People will hate it! They are quite insidious little devils, and they hang around pretty much every paragraph until the end. Diving onto Twitter and expressing my frustration at their whispering, I was relieved to see I'm not alone: many other writers suffer from them, too.

After six published novels (and four not!), I think I've learned to push them aside and soldier on. I don't ignore them, because I've learned to allow myself the freedom to write crap and boring twaddle on a first draft. Yes, it just may suck -- and yes, people may put it down after the first chapter. But that doesn't matter, because the first draft is just that: a first draft. There are at least four others waiting in the wings, and with every pass I'll re-structure, re-write, tidy, and edit to my heart's content (and often past my heart's content) until I'm finally happy. 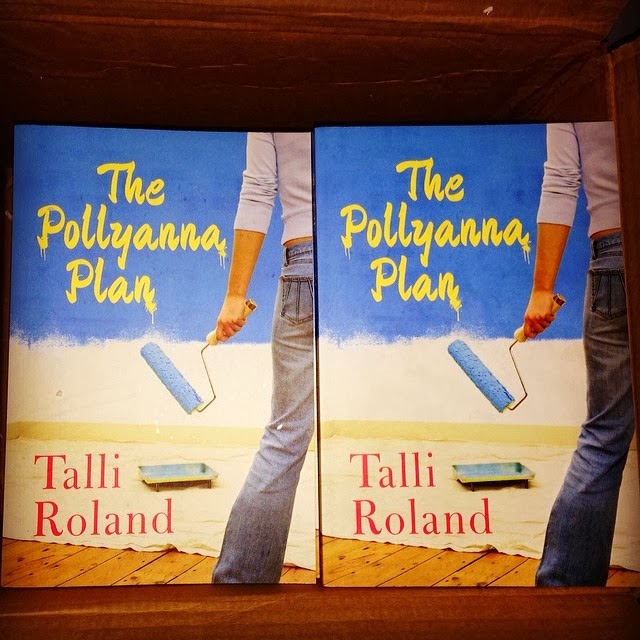 It's all worth it!

Have a great day, everyone, and congrats to Vicky Lesage, who has won a copy of My Mini Midwife from last week's post!

You'd be forgiven for thinking that this post is about Baby TR, since practically every post since his birth has included a photo or five. But you'd be wrong! It is still baby-related, because today, I'm turning the blog over to Denyse Kirkby, dear friend and author of My Mini Midwife.

I realised I wanted to become a midwife when I was very young and watched my mother help our goat give birth to twins. I was overwhelmed by what a tremendous privilege it was to be a part of welcoming those new-borns into the world. That feeling lingered for years, and as midwives didn’t exist as a profession in Canada when I was old enough to train to be one, my only options were to become an obstetrician or move to England to train and work as a midwife. I chose the latter and even all these years later I still experience that same feeling of what an honour it is to be allowed to be present while people welcome their own little miracles into the world.

I am very fortunate to be able to say that I have enjoyed every aspect of my career – from working in hospital on the antenatal, postnatal and labour wards, my time as an antenatal and newborn screening specialist midwife and working in community with a caseload of clients that ranged from 60 -100 women. Community midwifery allows you to get to know the people you are caring for to a deeper level than those you meet when you are hospital based.

Over time I began to develop a standard set of answers to questions expectant parents, and their families, asked of me about early pregnancy, what kind of care they will be given, what labour is like and so on. Then one couple said they wished they could carry me around in their handbag so they could ask me questions whenever they needed to, and that was when I had a My Mini Midwife light bulb moment.  I’m really pleased with the result and I hope my readers are too.

There is a video with my top ten tips here: http://youtu.be/pvSjI7Hj6Ys and there will be a forum on my website from mid March which will have a peer led postnatal support group and more so please stop by and join in the conversations.

When not otherwise occupied, Dee can be found chatting to people on: Amazon author page: http://author.to/DJKirkby; Facebook: http://www.facebook.com/DeeJKirkby; Twitter: https://twitter.com/djkirkby.
Thank you Denyse!

For a chance to win a copy of Denyse's wonderful book (which I have read and found extremely informative while not overwhelming), leave a comment below saying how cute Baby TR is (ha!) or anything baby-related.