Happy Tuesday! Yes, Tuesday. I'm a little late posting this week, owing to the long weekend. For once, we had sun! Yes, sun! On a Bank Holiday weekend. I needed a drink to get over my flabbergastion (should be a word!).


Wrangling with this little guy . . .


And enjoying springtime in London with my parents. 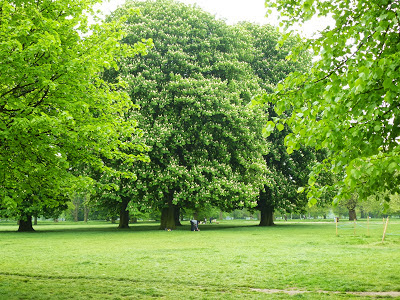 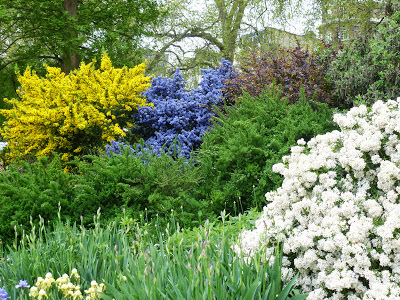 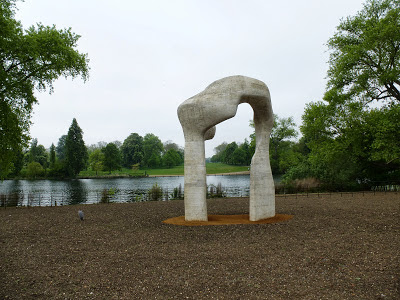 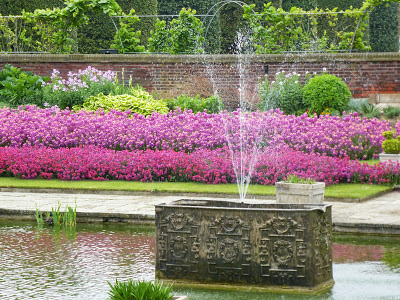 Is it spring in your neck of the woods? Have a great week, everyone!
Posted by Talli Roland at Tuesday, May 28, 2013 30 comments:

This week I am gallivanting around the city (well, as much as one can 'gallivant' with a five-month-old), so I'm inviting the wonderful and vivacious Holly Hepburn to take over my blog today! I shall return next week with photos from the RNA Summer Party and all my latest exploits. Brace yourself!

My name is Holly Hepburn and I am an addict. But before you judge me, read my story.

Back in December 2012, I was just like you. I had an idea for a book about Cupid, but I thought it would be a YA novel and, with all my other writing, I didn't really have time to write it. Then two things happened; firstly, I watched a film called Crazy Stupid Love, starring a certain R Gosling. I should say at this point that although I was aware of Le Gosling, I hadn't seen any of his films and could quite possibly have passed him on the street without knowing it. That all changed once I watched Crazy Stupid Love. Not only did it make me guffaw with laughter, it ignited an - um - appreciation of the actor himself.

The second thing was that I dreamed I actually wrote Cupidity. Only it wasn't a YA novel, it was a chick lit novella and it sold like red roses on St Valentine's Day. And in my dream, it was made into a film starring Ryan Gosling as Cupid. After that, it seemed rude not to write the book and release it on Valentine's Day 2013.

Fast forward around two months and I abandoned the project at around 13,000 words. It was two days before Valentine's Day, I couldn't finish it in time and I had other deadlines banging at my door. So, with deep regret, I closed the Google page of Ryan Gosling images and got on with my other writing.

Around six weeks later, I was finishing my contribution to the Sunlounger anthology and was hit by the sudden realisation that Cupidity didn't have to be a Valentine's Day story - it could work just as well as a tale of summer loving. With quivering fingers, I searched out an image of my leading man, made it the wallpaper on my phone and knuckled down to work. Ten thousand words later, I was done - Cupidity was finished. It's been an Amazon bestseller since the day I uploaded it, which I'm obviously happy about. But the personal price has been high - I'm left with a lingering infatuation with Ryan Gosling. OK, it's more of an obsession. I mean, imagine him in a toga. Actually, I might have to make it a loincloth for the film. Mmmm, Ryan Gosling in a loincloth...

My name is Holly Hepburn and I am a Gosling Addict. It has been ten minutes since I last Gosled.

My website is www.HollyHepburn.com and you can read the first chapter of Cupidity for free here www.hollyhepburn.com/books. Twitter - @hollyh_author

Hello, all! Hope everyone had a great week and that all the mums in North American had a fabulous Mother's Day. It truly irks me to no end that in the UK, we celebrate the day in March, when the weather is at the peak of its yucky greyness. I should start a petition to move the day to May! In all my free time, snort snort.

Well, I'm pleased to report that I'm about one-third of the way through the first draft of The No-Kids Club, my latest novel. I'm really enjoying writing it, and the three points of view are certainly providing lots of opportunity for conflict. My hope that putting more thought into plotting would mean less rewriting hasn't exactly come to fruition, though . . . I seem to have gone off-piste again! Ah, well. That's part of the fun, isn't it? Just remind me of this when I'm struggling with the edits.

Last week, I celebrated my nine-year Londonversary. In May 2004, I packed up my belongings, hopped on a plane, and travelled to London in hopes of finding a job and a new life in one of the world's greatest cities. It was a leap of faith, and one I've never regretted making. Within a week, I'd met Mr TR, who became my guide around town -- and my boyfriend (and then, a few years later, husband). It took a little longer to find a permanent teaching job, but the hellish few months of supply teaching in Central London seemed more like an adventure than torture.


Now -- several jobs and one baby later -- I can't believe I've been living here for nine years. I can't imagine being anywhere else! I feel a part of this city now; it's wound its way into my life. Heck,  I even published a book on it!

So here's to nine incredible years in London . . . and the UK!


If you could live anywhere you liked, where would it be?
Posted by Talli Roland at Monday, May 13, 2013 45 comments:

Happy Monday, all! We're in the middle of a glorious long weekend here, with plenty of lovely sunshine, for once. I'm a little anxious this will turn out to be our 'summer' before we plunge back into grey and cold, but I'm trying to get out and enjoy it as much as I can.

And in book news! I've managed to finalise the cover for my new novel, The No-Kids Club. Click here to read more about it, and to add it to your Goodreads. 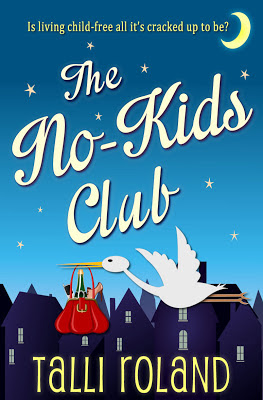 And in even more book news! The lovely Glynis Smy has a new novel out this week, a wonderful book called Ripped Genes. 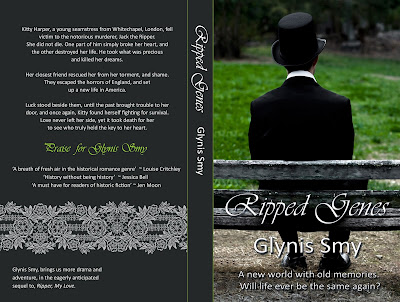 Ripped Genes will be at a special launch price of 99c/(77p approx) for the ebook version, until end of May. The descriptive blurb holds a spoiler for those who have not read the first book. If you would like to read, Ripper, My Love, first, then contact Glynis at: glynissmy at outlook dot com, and put FREE BOOK PLEASE in the subject line. You will be sent a code for Smashwords, where you can download a copy in any format you please. 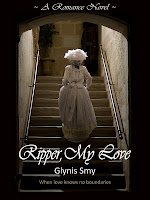 Growing up in late nineteenth century East London, Kitty Harper’s life is filled with danger and death – from her mother, her beloved neighbour and the working women of the streets ... Read more.

Purchase and Review Link to all books by Glynis Smy 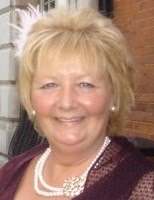 Glynis has lived for eight years in Cyprus. Her historical novels carry a twist in the tale, and she creates strong female characters who struggle in life. In June 2013, Glynis returns to her hometown,Harwich, Essex,in the UK, where she will gain inspiration for her next novel, The Man in Room Eighteen.

Have a lovely week, everyone. I'm struggling to fit in my blog rounds with as much frequency as I used to - I'm feverishly writing whilst the baby is napping! - but please know I do appreciate each and every comment you leave.