Hello! Yes, I missed posting last Thursday. I didn't forget, but I was busy rushing off to the RNA Summer Party and couldn't find the time during the day to pen a post.

And, to be honest, lately I'm just not feeling the blog love. Back in the day (say, 2009?), I used to live for blogging, spending hours each night reading and returning comments. There was a tight community of writers and blogs were updated regularly. Fast-forward to 2014, and things have changed. Facebook and Twitter seem to be where it's at, and I've noticed some bloggers - me included - just aren't posting as frequently. Some have stopped altogether.

It's fair to say that after five years, the blogging well has run a little dry. Sure, I can post photos and relay my London exploits (and I will!), but there's only so much you can talk about your daily life before things get a little, well . . . routine. I've never been one to advise on writing, or publishing, or anything of the nature, simply because I don't feel I have the expertise and others do it so much better.

With the lack of time we're all facing these days, Facebook and Twitter seem so much easier to catch up with all my blogging buds. I don't need to visit individual pages and leaving a comment is simple and quick (no word verification, the bane of my existence!).

I'll never stop blogging and I'll continue to fill you in ad nauseam on my life here, but it seems the times have moved on from the blog.

Writing and Parenting -- The Challenges!

A minor victory today, as I actually remembered to post! It's a wonderfully sunny spring-like day here in London -- fingers crossed the good weather lasts.

Recently, blogger Allison Wells had a great post on the challenges facing parent-writers. Her thoughts struck a chord with me, so I thought I'd write about my own challenges.

Until I had Baby TR, I have to admit I was one of those people who wondered: What on earth do parents DO all day? Snort. I'd no clue how time-consuming, along with how mentally and physically exhausting, a child could be. Joyous, fun, exciting . . . but also bloody hard. Throw a job into the mix, and it becomes a little difficult.So, in no particular order, here are my challenges:

1. Fatigue. Baby TR is now seventeen months old. He's a very good sleeper at night -- and has been, since about four or five months. But the 5:30 a.m. wake-up calls? That I'm not so keen on. Some mornings he'll sleep in until six or six-thirty, which is absolute bliss. As he gets older, he's napping less, and he's also very active. After a morning of chasing, tickling, running, sliding, etc etc. my forty-year-old body is exhausted! When I put him down for his lunchtime nap, I usually collapse, too. I could write at night -- and at a push, I will -- but I've always been a thousand times more productive in the morning.

2. Carving out space of my own, both mentally and physically. This is easier now that Baby TR is in nursery three mornings a week. But even so, it's hard to clear my mind sometimes and focus on the task at hand. I twitch at every noise, thinking he's in his bedroom waking up -- then I realise he's not even in the flat! I've given up my office, too, so I need to make do with working at the world's most uncomfortable kitchen table, surrounded by Lego, smushed Pla-Doh, and other detritus of the early-morning start.

3. Guilt. I'm constantly wondering if I should be with my child instead of writing. Everyone says these years go so quickly -- and that seems to be true -- but I also need to write to be me. The constant tension between doing everything you can for your child while retaining a sense of self is the theme of my next novel.

4. Ducking in and out of work. I've always liked to work every day to keep the writing flowing. But when plans go awry (Baby TR is ill, doesn't nap, or any multitude of other scenarios), my plans to write often go out the window.

There you have it! My challenges as a writer and parent. I'm incredibly lucky that I have a very supportive husband who helps out when he can. I'd love to hear how others balance both demanding jobs, because wrestling a novel into shape is no easy task, either!

Well, hello, blog! I can't believe I actually forgot to post last week. Eek! I've no idea where the time is going (that seems to be a recurring theme here). May is flying by and although I'm on Draft 3 of my current novel THE EVERYTHING DREAM with the goal to finish by the end of June, there's still plenty of work to be done.

And there's less than a month until the release of THE NO-KIDS CLUB!


The book comes out on June 3, and it will be available as an ebook, a paperback, and an audio book. It's been a while since I've had a new novel out there, and I'm feeling excited and jittery. 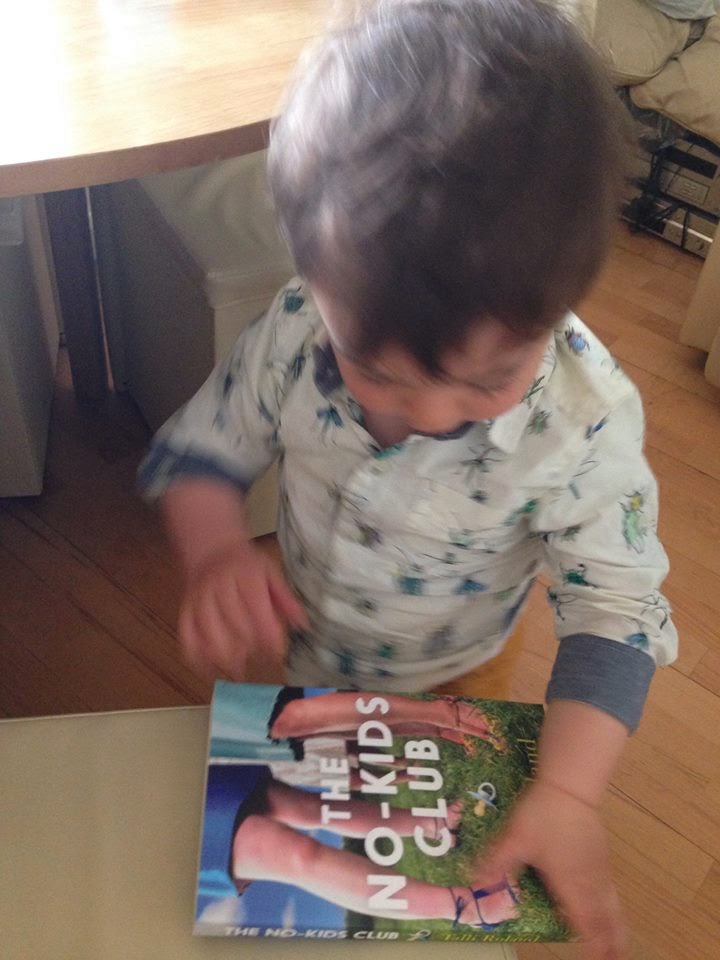 The first advance reviews are rolling in, and so far, so good! Phew. Of course, I've realised by now that you can't please everyone, but hopefully most readers will be able to relate to one of my characters in the novel.

And that's my news for now. Receiving a great pile of books in the post is always a wonderful moment -- and even more so when you've written that book!