Glorious two days in Wales, with the sun shining and some real warm temperatures! Our final destination was the Town of Books, Hay-on-Wye, just north of the Black Mountains. The town holds a massive litarary festival every year at the end of the May, and with over 40 bookshops it's more than earned its place in Britains literary elite. Off tomorrow to Brighton but I'm back to regular programming on Monday. Happy weekend! 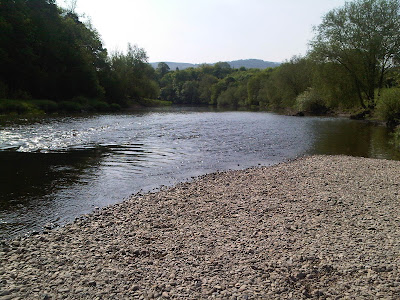 The River Wye, just outside the town centre. 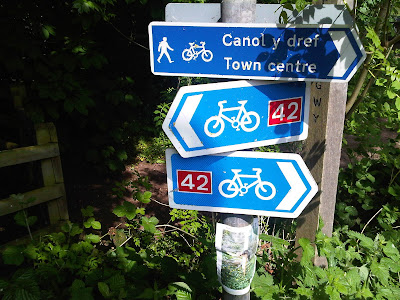 Lots of biking and footpaths, with all signs in Welsh, too! 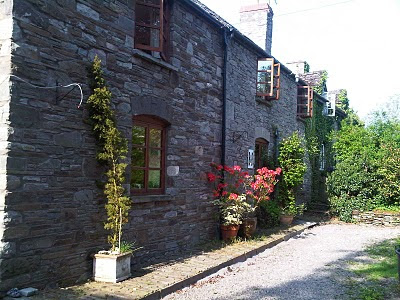 Our B&B, called The Start. Glorious! 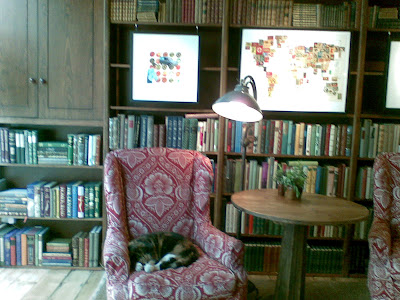 Kitty (who tried to bit my hand) curled up inside a bookshop. 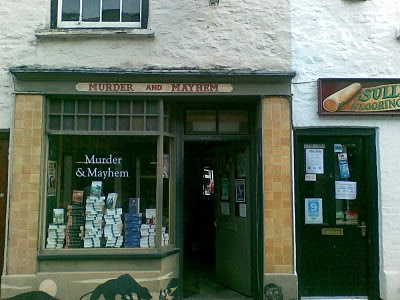 One of the 40 bookshops in Hay. 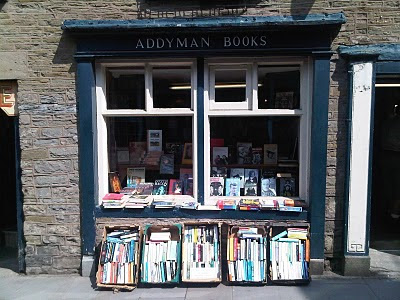 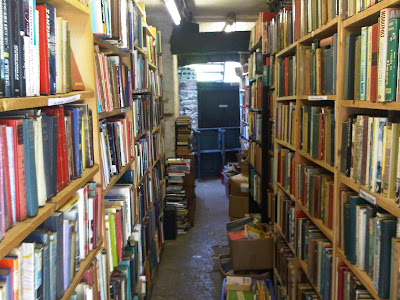 This shop was called The Book Passage. And it was - literally! 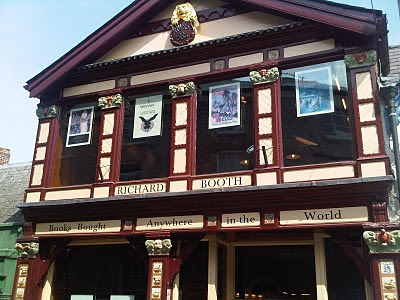 The largest second-hand bookshop in the world, Richard Booth. In the 70s, Booth declared himself King of Hay on Wye, and even issued passports for the residents. 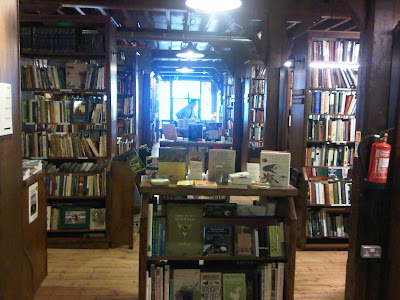 Inside Richard Booth.
Posted by Talli Roland at Saturday, May 22, 2010