Happy Wednesday! I've been busy tooling around London with my parents, but I wanted to share some photos of my wonderful Monday night on the Southbank.

The Southbank is the cultural heart of London, with the British Film Institute, National Theatre and the Royal Festival Hall all within metres of each other. But more than that (for me, anyway), it's where I first met my husband, where he proposed last year, and where we got married a few months later. Monday was the anniversary of when we first met in a blind date six years earlier, so we grabbed a bottle of champagne and headed down to the river in the early evening sun. 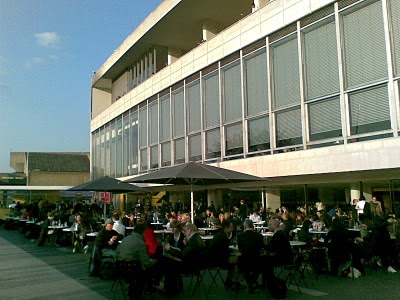 The terrace of the Royal Festival Hall. A (my husband) and I first met here the week I arrived in London - it was a blind date, and although we'd corresponded by email, I was super nervous. Luckily it turned out pretty well! 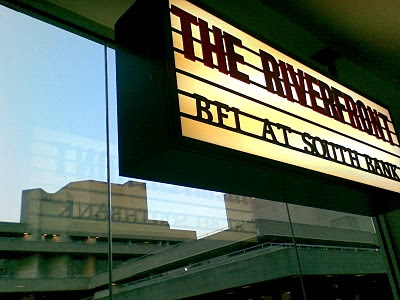 Café at the British Film Institute. The yummiest burgers ever! 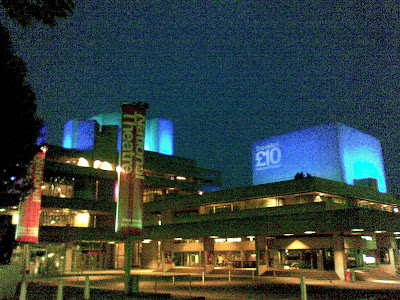 The National Theatre at dusk. 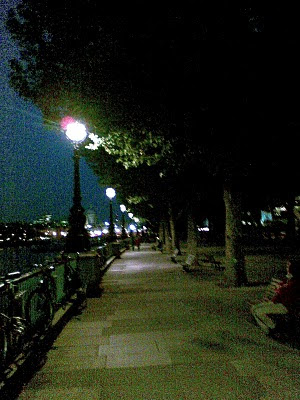 The Queen's Walk on the Southbank.

And finally, because I'm feeling all romantic and smushy... 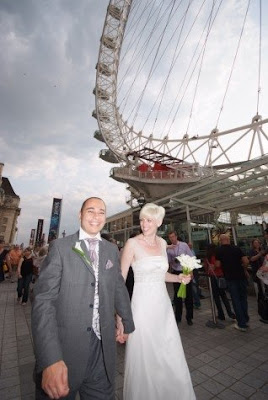 After our wedding ceremony, in front of the London Eye.
I'm off to Wales tomorrow for a day or two, so I'll see you on Saturday with more photos! Have a great week everyone!
Posted by Talli Roland at Wednesday, May 19, 2010