Hello, all. It's Thursday! Yay! Hope everyone had a lovely Easter. I am continuing to slog my way through Draft 2 - two-thirds finished now, and only about 15,000 words cut and another 15,000 words written. Eeep!

Today, I'm thrilled to host Tracy Bloom again. Last year she visited my blog to talk about her novel No-One Ever Has Sex on Tuesdays. Tracy had self-published the book, it went on to become a huge bestseller, and she was quickly snapped up by Arrow in a four-book deal! Don't you just love those stories?

So... here's Tracy one more time, talking about the inspiration behind the novel.

The Inspiration behind NO-ONE EVER HAS SEX ON A TUESDAY 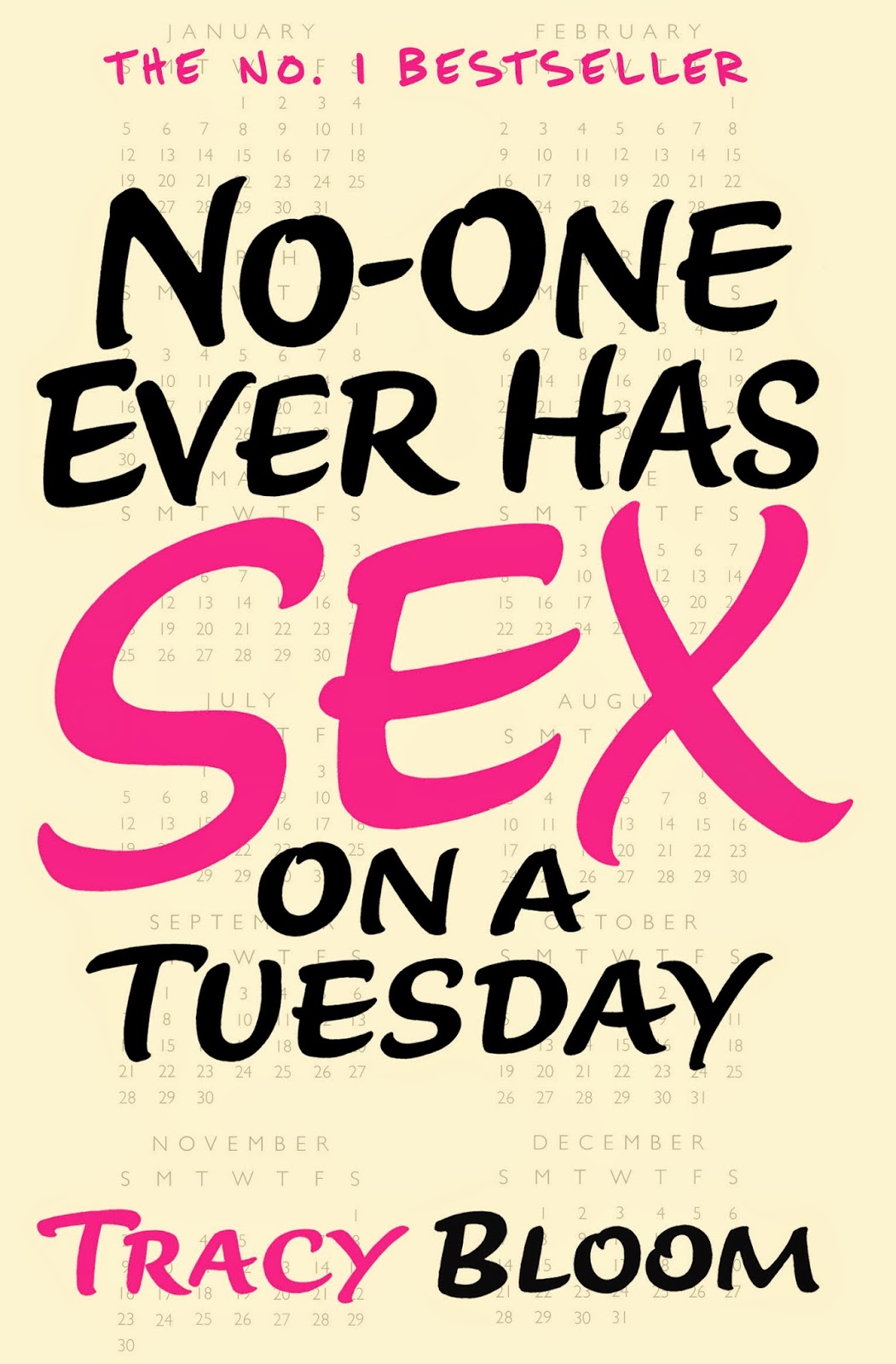 To be honest I didn’t really want to go to antenatal classes. Having my first child was terrifying enough without having to go and expose my lack of knowledge on the whole having a baby thing to a room full of strangers. But I did go because you feel you will be immediately on the bad parent register if you don’t. We arrived and sat in a circle preparing to introduce ourselves to our fellow frightened rabbits staring into the headlights.

A pregnant lady to my left kicked off the proceedings by introducing herself and her female companion. “This is Claire. We’re not lesbians. She’s here as my partner because my husband left me five weeks ago.”

The jaws around the room dropped. For me the evening had taken a positive turn. This was going to be way better than being stuck at home watching Corrie.

As the weeks progressed there was laughter (my husband embraced the role of class clown) there was tears (when I fell off the birthing ball) there was much awkwardness (as we discussed intimate details in front of people we barely knew) and there was shock news (when a couple failed to turn up because they’d actually given birth – like we should have been expecting that!)

Somehow sharing the experience of arranging graphic photos of childbirth in chronological order bought us all close together and we became friends. But I often wondered how it would be if you were in the class with someone you knew. Would you be quite so comfortable discussing pelvic floor exercises in front of an ex-boyfriend for example? Worse than that ….what if through some gross error of judgment on a one-night stand you ended up in an antenatal class with two possible fathers to your child… what would you do? How would you handle it?

Thanks, Tracy. and wow! That's quite the start to an antenatal class!

Hope everyone has a great week - see you next Thursday.